You are here: Home / About / People / Professor Ismail Ibrahim Matalka

Ismail Matalka is Professor of Pathology and Laboratory Medicine at the School of Medicine at Jordan University of Science and Technology in Irbid, Jordan, 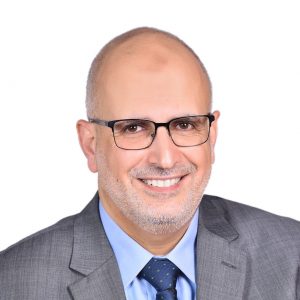 and a Consultant Pathologist at King Abdullah University Hospital. He is currently the Vice President of the International Academy of Pathology for Asia and the Clinical Director of International Activities at the Royal College of Pathologists (UK). He served as CEO of King Abdullah University Hospital, which is the main tertiary hospital in North Jordan, and as the Dean of the School of Medicine between September 2014 and September 2016, as well as Vice Dean and Chair of Pathology and Laboratory Medicine.. He is a member of the supreme committee of the Arab Council of Health specializations and has been the Secretary of the Arab Board of Pathology for the last ten years.

Dr. Matalka finished his undergraduate and postgraduate training in Jordan and pursued further training in Glasgow where he became a Fellow of the Royal College of Pathologists in 2000 and developed a special interest in Gastrointestinal and Liver pathology. Dr Matalka has 72 publications with a focus on epidemiologic, and molecular characteristics of tumours. He has also a special interest in medical education, curriculum development, and assessment and worked as an assessor for accreditation of most of the Jordanian medical schools by the Accreditation and Quality Assurance Commission for Higher Education Institutions (AQACHEI).