You are here: Home / About / People / Tamar Sanikidze 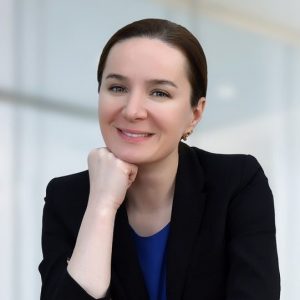 institutions. Since 2008 she has been actively involved in the field of education and provided administrative, academic and consultation services to different education institutions. She has extensive experience in higher education QA system management.

In 2012-2013, Ms. Sanikidze acted as the First Deputy Minister of Education and Science of Georgia and later, during 2013-2016 as Minister of Education and Science of Georgia. From July 2016 to September 2018, she held the position of Director of the National Center for Educational Quality Enhancement (NCEQE) in Georgia. Since 2017, she has been engaged in development of higher education systems as a Higher Education Reform Expert of the Erasmus plus programme. In November 2018 she became a member of the think tank organisation, the International Institute for Education Policy Planning and Management (EPPM).

Ms. Tamar Sanikidze is currently working on her PhD thesis on “Adaptive models of development and evaluation of academic programmes”. She holds a Master’s degree in Public Administration, a BA in English Language and Literature and has a background in financial management (ACCA).